“Si parla, si canta!” is a unique program created by M° Benton Hess, dedicated to talented young singers, with the intent of furthering the art of Italian opera singing, with a special focus on language.

While staying on the breathtakingly beautiful Lago di Como, participants of “Si parla, si canta!” have the opportunity to work with an internationally acclaimed faculty.

Over the course of the 3-4 week program, they also receive an intensive 57-76 hours of Italian language class.

The training experience is enriched by numerous valuable opportunities to perform in several astonishing venues in the Lake Como area.

A thorough knowledge of the Italian language is key to opera singing: it helps overcoming technical obstacles and guides expressive interpretation. Every singer can relate to this concept and find benefit, without having to upset the foundations of their technique. This perspective makes SPSC the summer program most loved by students as well as by their teachers at home!
0
founded
0
concerts
0
masterclasses
0
students

The 2023 edition of “Si parla, si canta!” boasts a faculty of internationally recognized performers and pedagogues.

“Si parla, si canta!” is the only program which can showcase its own dedicated faculty of language teachers, specialized in diction for opera singers. 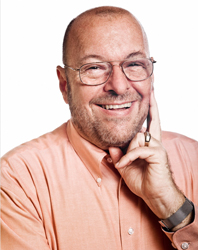 A few words About

Widely acknowledged as one of America’s most respected vocal coaches and accompanists. He has served on the faculties of several prestigious institutions, including Boston Conservatory, New England Conservatory, Rutgers University, Mannes College of Music, Hartt School of Music, and was the Covington Distinguished Professor at the University of North Carolina at Greensboro for seven years and Distinguished Professor of Voice and Musical Director of the Opera Theatre at the Eastman School of Music.

Benton Hess is also a composer; he has received several important commissions and his works are in the repertoire of some of the finest artists of our time. Benton Hess’ recordings may be found on the Albany, BIS, CBS, and Crystal labels.

Besides daily intensive Italian language classes, participants are coached in pre-assigned operatic scenes as well as arias and art songs of their choosing.  Six public masterclasses and three concerts will engage all students in an intense performing activity.

One more week of intensive Italian language classes, as well as daily private coachings on Italian repertoire of interest (arias, recits, roles, art songs). More public masterclasses and our very popular “Songs of our Homeland” concert, celebrating the cultural diversity of our participants.

an all round experience

The most important component of “Si parla, si canta!” is the language study. We have seen time and time again that the better you “parla” the better you “canta”. This is why mastering the Italian language and Italian diction is our first priority.

Every day, Monday through Friday, begins with 3 hours of Italian language classes, which are offered at all levels for students of all ages, from grammar classes for the absolute beginner to literature courses for the extremely advanced. The programs are therefore flexible, adaptable, varied, rich, and unique. In addition to the 3 hours of Italian grammar class offered every morning, Italian conversation classes take place every Tuesday and Thursday afternoon. At “Si parla, si canta!” participants are truly given every opportunity to perfect their Italian.

While mornings are focused on the study of the Italian language, afternoons serve as an opportunity to apply all that you have learned in the classroom to music. Participants receive a minimum of 5 private coachings per week with our esteemed faculty on arias and previously assigned scenes.

“Si parla, si canta!” is a program rich with performance opportunities. Within the four-week program, singers can expect to participate in at least three public concerts. In addition, each summer we average eight public masterclasses. For our scenes concerts, we have the great pleasure of performing in some of the most cherished venues of northern Italy. 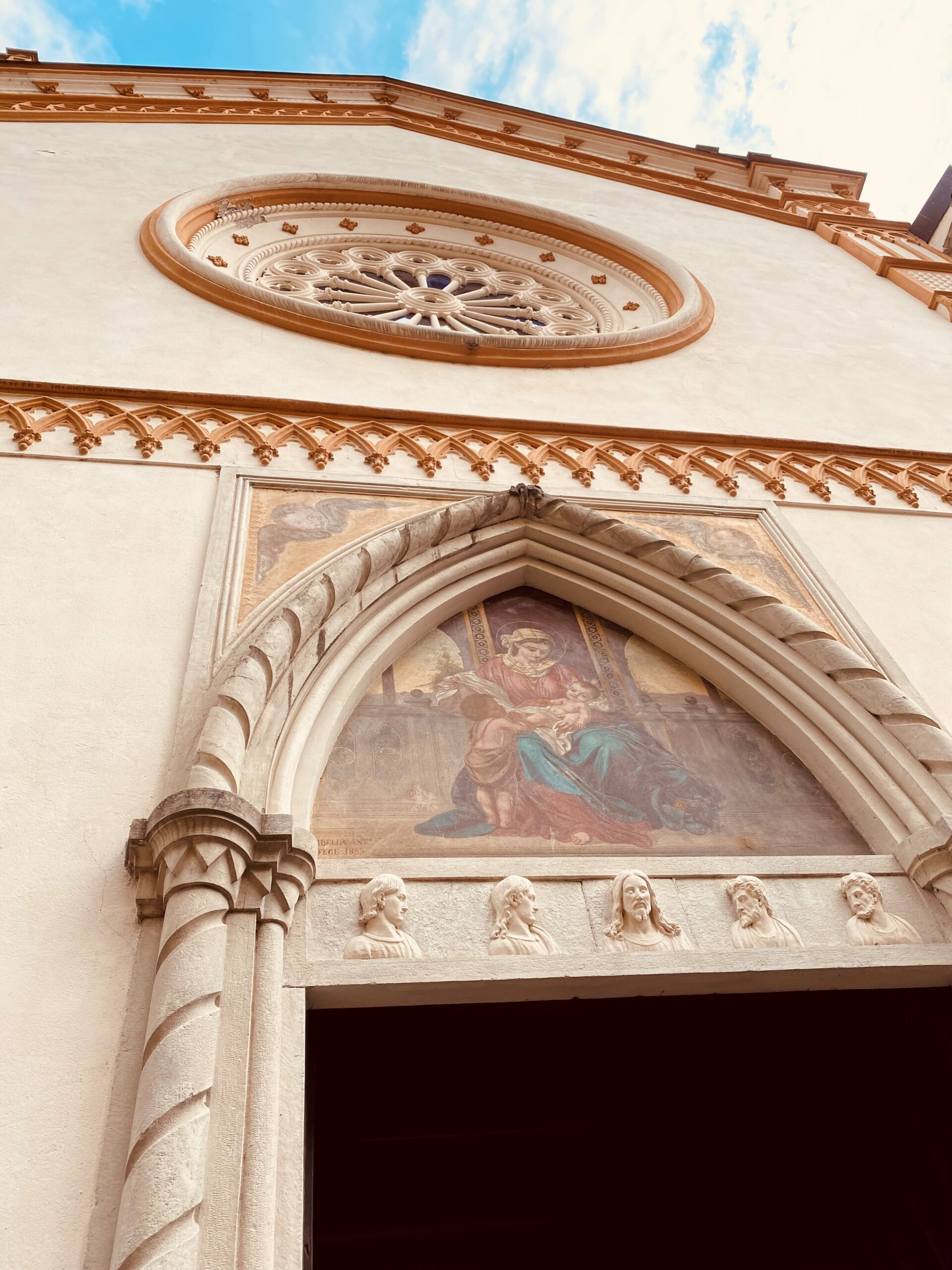 Architectural detail of the church of S. Marta in Menaggio

“Si parla, si canta!” does not forget that amidst all of the work and study that goes on during the week, it is still important to find time to enjoy the Italian culture and all that the beautiful Piemonte and Lombardia regions have to offer. There will be some planned excursions, but the beauty of Menaggio is its location.
It is right on Lago di Como, and yes, there is a beach! It is almost equidistant between Milano and Switzerland, so if one desired, one could lunch in Switzerland and dine in Milano. Lugano, Torino, Bergamo are easy trips, as are many, many other points of interest in northern Italy. 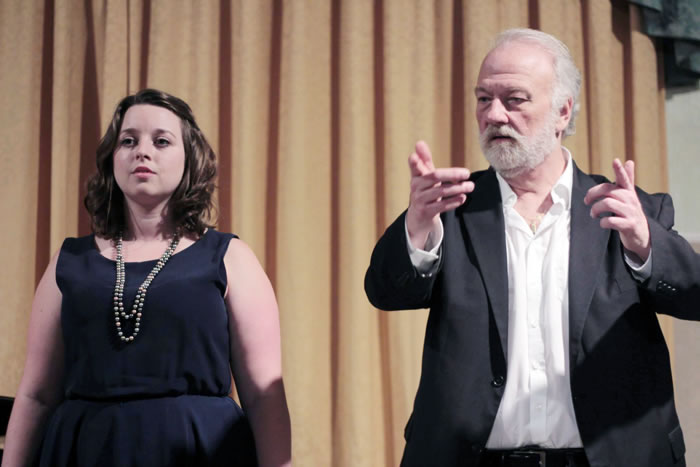 To apply to “Si parla, si canta!”, fill the online application, including your resume and a youtube link.

RESUME must include your studies, competitions, performances.

YOUTUBE LINK of 1 or 2 arias of repertoire in any language that shows you at your best.

QUESTIONS: Any questions or concerns about the application process can be sent to siparlasicanta@cromamilano.it, but beforehand, check the FAQ section on this site.

What Our Students Say About Us 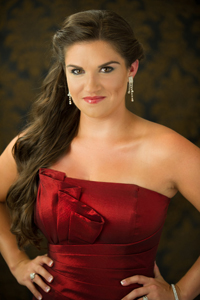  5/5
“SPSC is a place perfectly suited to getting lost in the romance of the Italian language - really tasting the nuance of the words and grasping a real sense for the rhythm of it’s sentences. Students have a very special opportunity to really broaden that studied authenticity in their Italian operatic repertoire, while creating a personal love for the language and Italian culture with memories that will be cherished for life. I loved every moment of my time at SPSC, and have felt it’s positive effects in my life and career ever since! 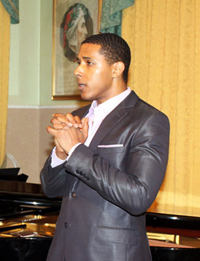  4.9/5
“SPSC provided me with a one of a kind musical and educational experience that I’ll never forget and will always cherish. There I was able to gain tools and techniques that I still use today in preparing my roles. I had an amazing time and I made lasting friendships. Thank you for everything!” 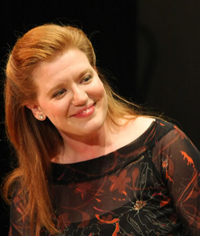  5/5
SPSC provides a unique educational experience for students to immerse themselves in the world of Italian language, music and culture. The opportunity to learn from world-class faculty in the classroom and studio, combined with the practical application of those lessons in daily activities and on the concert stage, deepened my understanding and bolstered my confidence. I returned from the program feeling empowered,”

Ready to pursue
your dream